2nd July – Today we said farewell to KL and headed south 144km to Malacca or Melaka as the Malaysians say. This historical city has been listed as a UNESCO World Heritage Site since 7 July 2008.
Once we had settled in we decided to have a wander and get our bearings. Our hotel is right on the river so we took a walk along the river. The river was once dubbed the ‘Venice of the East’ by European seafarers. These days, it is a popular tourist attraction primarily because of the river cruise. The river spans a distance of ten km. It is said to be the birthplace of Malacca because the Sumatran prince Parameswara founded Malacca sultanate here and built his palace on the east-bank of the river (at the foot of St. Paul’s Hill) in the 1400s. 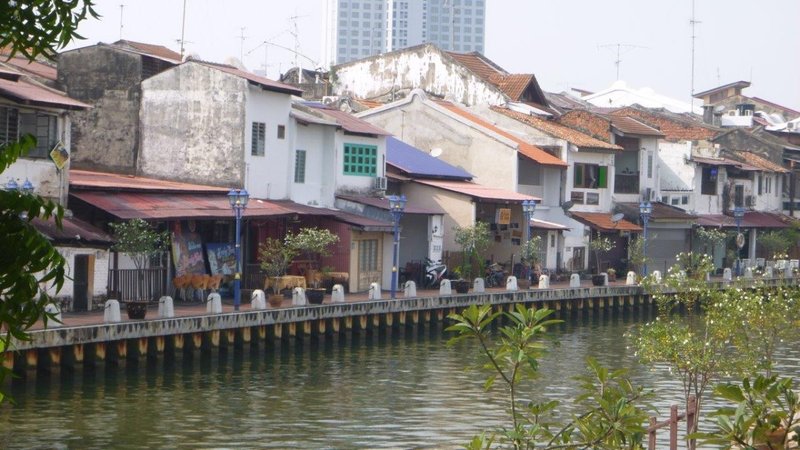 We then made our way to Jonker Street. The Jonker Walk is the Chinatown street of Malacca. The road is filled with historical houses along its left and right sides dating back to 17th century. 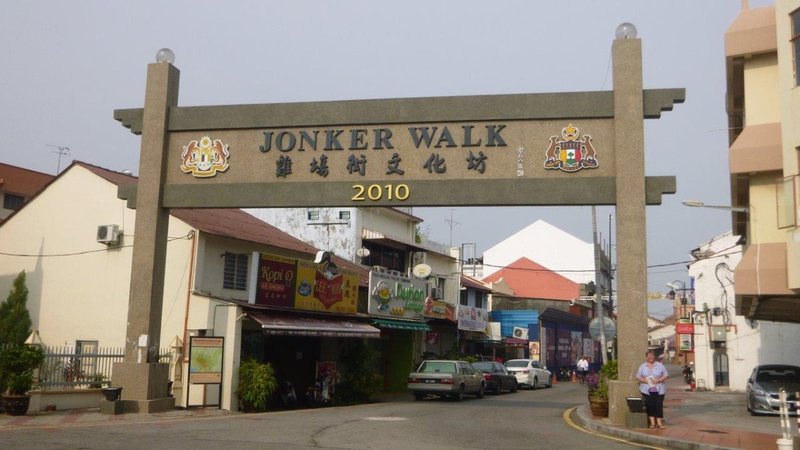 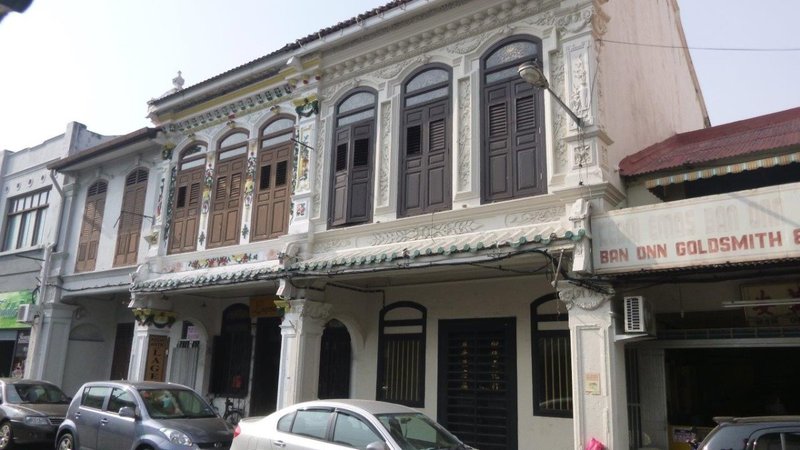 Off Jonker Street is the Kampung Kling Mosque. The original structure was built by Indian Muslim traders in 1748 and was a wooden building and in 1872, it was rebuilt in brick. The mosque is one of the traditional mosques in Malacca, which still retains its original design. The architectural design of the mosque is a cross between Sumatran, Chinese, Hindu, and the Malaccans. The mosque is named based on the place where Indian traders dwelled in that place called Kampung Kling. The minaret resembles a pagoda. The mosque also has a blend of English and Portuguese glazed tiles. 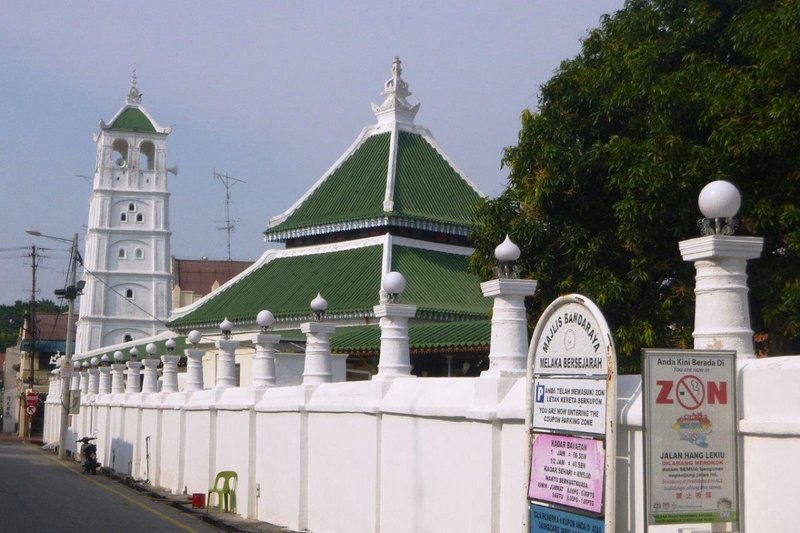 At the end of Jonker Street we crossed the bridge to the Christ Church. This was built by the Dutch when they took possession of Malacca from the Portuguese, it's one of Malacca’s most defining structures. Christ Church was built in 1753 to celebrate a century of Dutch occupation. The interior of the cathedral has 200 year-old handmade pews, decorative fanlights and plaques that honour Dutch soldiers and locals. 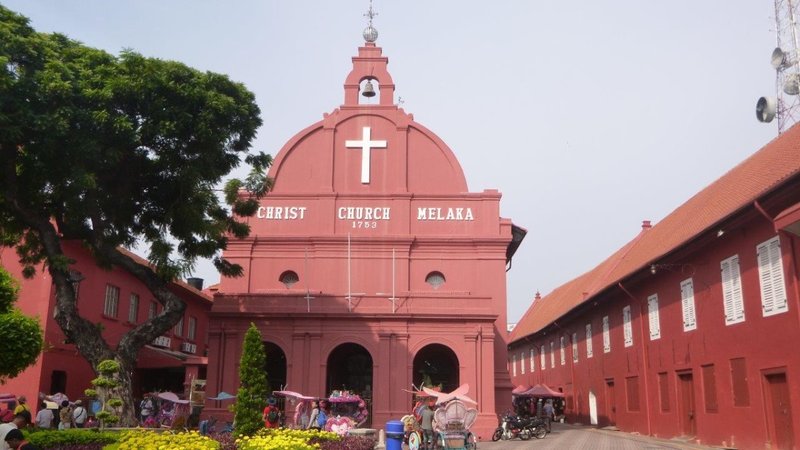 The church is located at Dutch Square. A central fountain dominates the area, it is an ornate Victorian marble addition, erected in 1904 to commemorate Queen Victoria’s Diamond Jubilee and is one of the oldest surviving parts of Malacca. 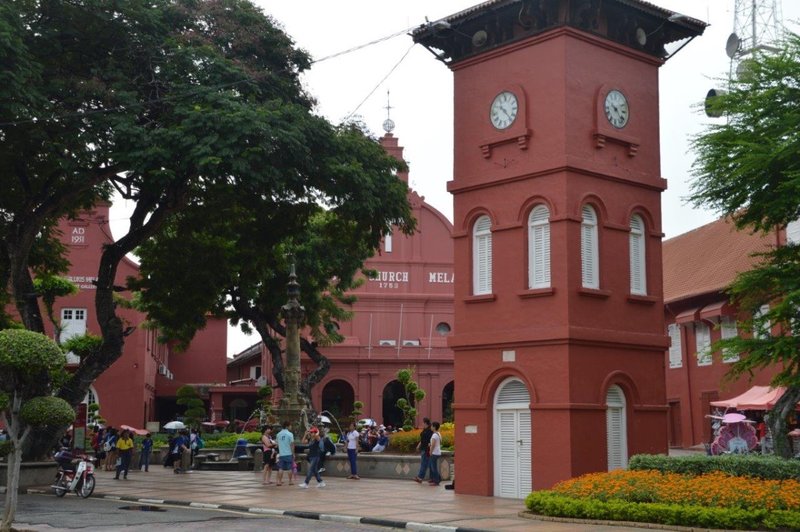 This is also a point for the trishaw drivers to try and get fares. They play loud music and have really bright trishaws. 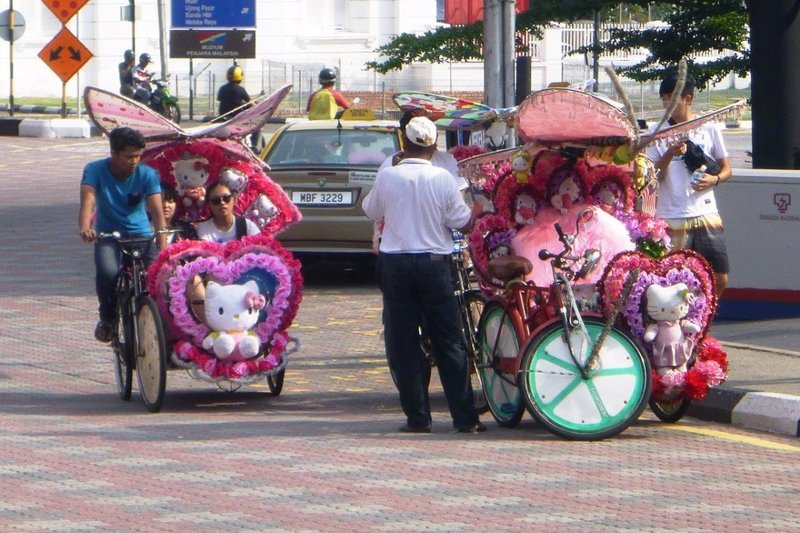 3rd July – At around 5am we awoke to the loudest thunder we had heard in a long time. Then down came the rain. We have been really lucky with the weather so far this trip and once again by the time we left the hotel the rain had cleared. So we were back exploring Malacca today. We visited:
A’Famosa Fort - Built in 1511, the settlement used to sprawl across a whole hillside but now only a lone gate (Porta de Santiago) remains. It was originally constructed by Alfonso de Albuquerque (who led the Portuguese invasion on the Malacca Sultanate). 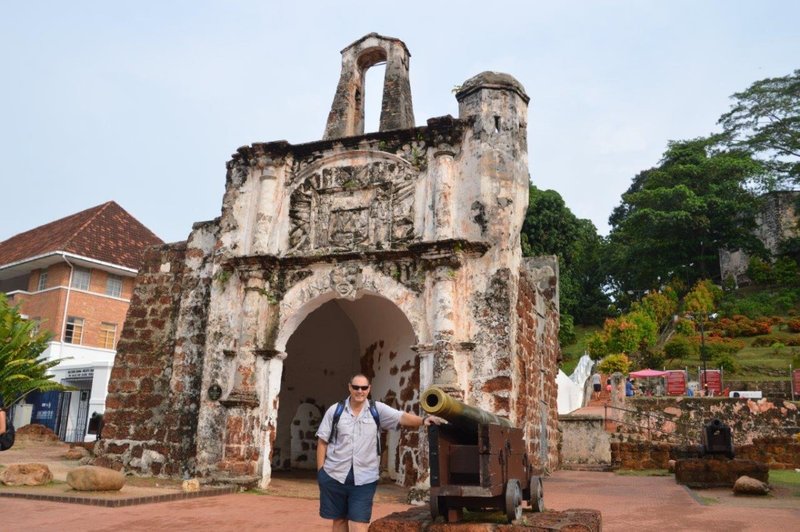 St. Paul's Church is a historic church building that was originally built in 1521. It is located at the summit of St. Paul’s Hill. Inside the remains of the church there are still some of the original tomb stones. 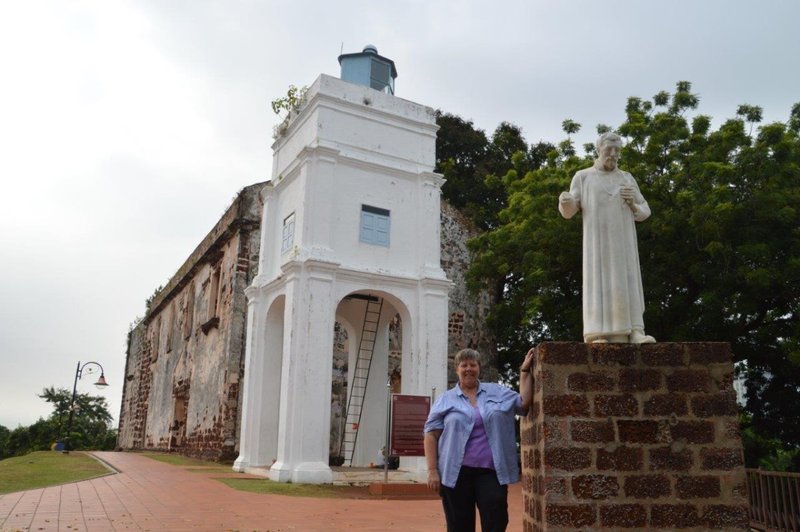 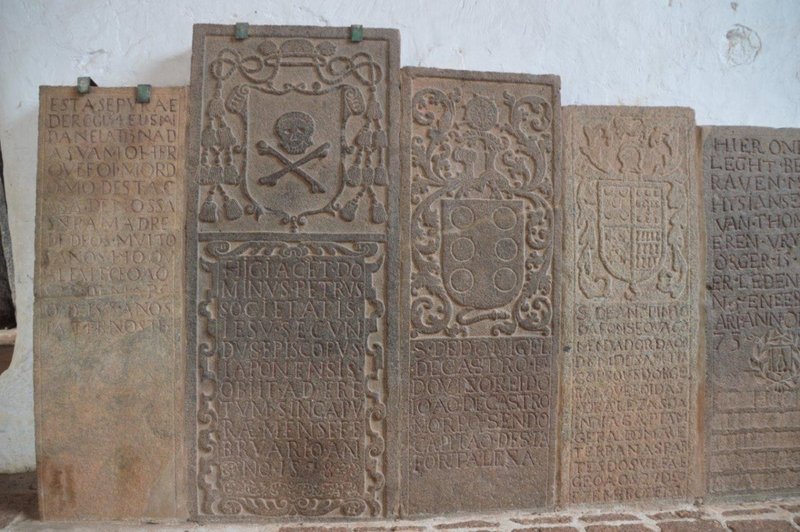 Proclamation of Independence Memorial – this was set up and officiated by the first and former Prime Minister, Tunku Abdul Rahman Putra Al-Haj on 31August 1985, exactly 38 years after the country achieved its independence. Housed in the former Malacca Club building built in 1912, this British colonial building was then used by the British upper class and the British administrator for various social activities, before it was opened to the public after independence. 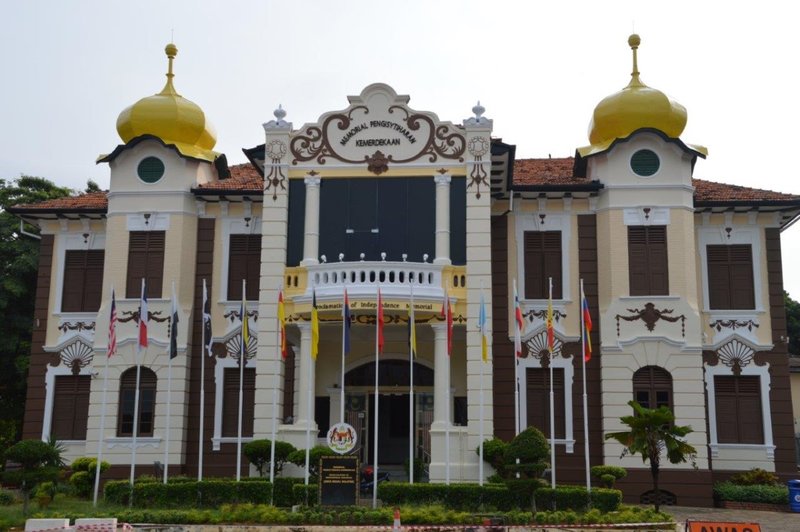 We then headed down to the river to do a trip along the river so we could get a different perspective of the town. It was quite interesting seeing old buildings in the foreground and new buildings being built around the old part of town. Some of the bridges were really beautiful. 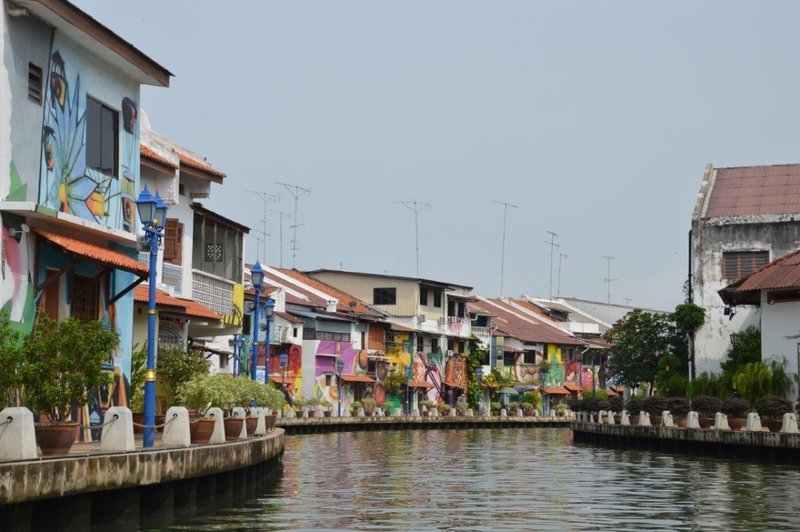 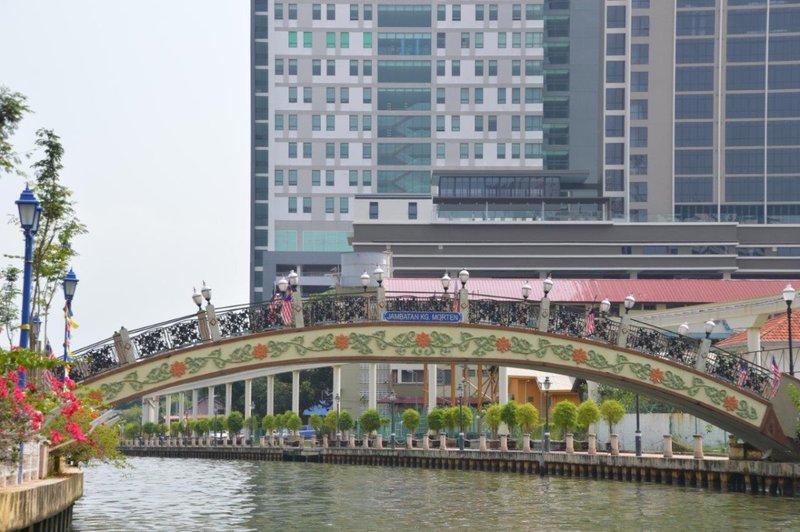 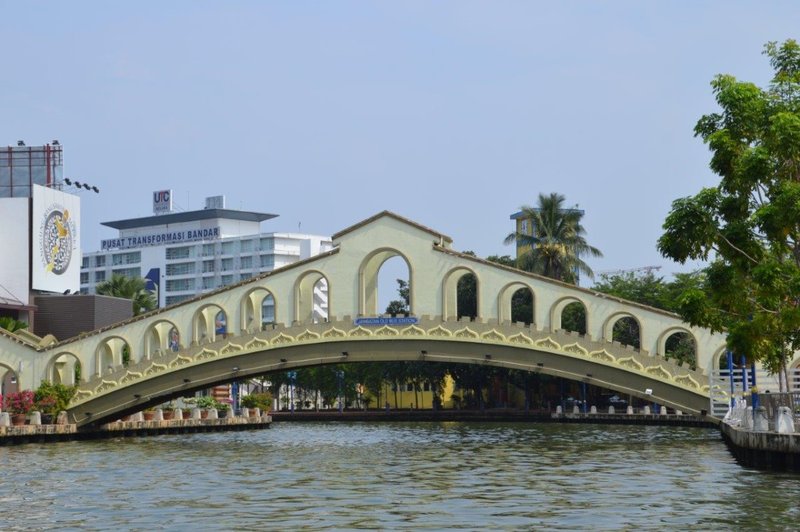 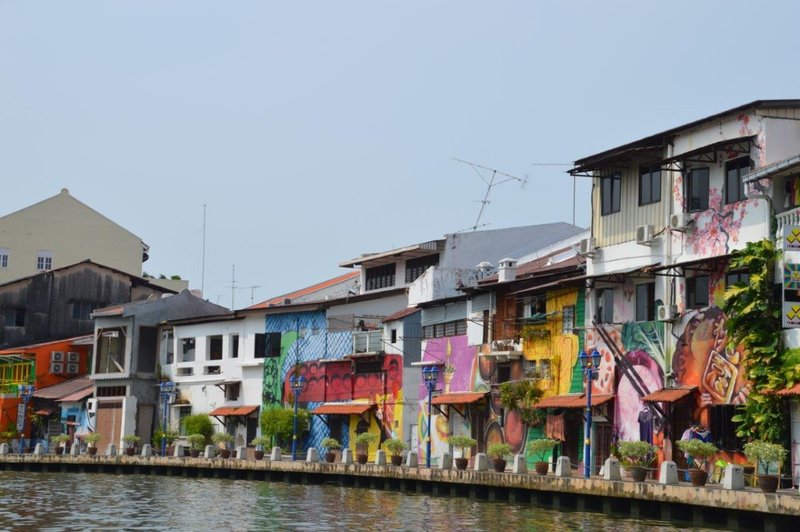 We visited the ruins of the Malacca Fort. This was built in the 15th century and was a prominent landmark during the time of the Malay Sultanate. This was where the administrative complex and royal residences were located. The complex, guarded by armed warriors also housed the palace, mosque and sentry towers. 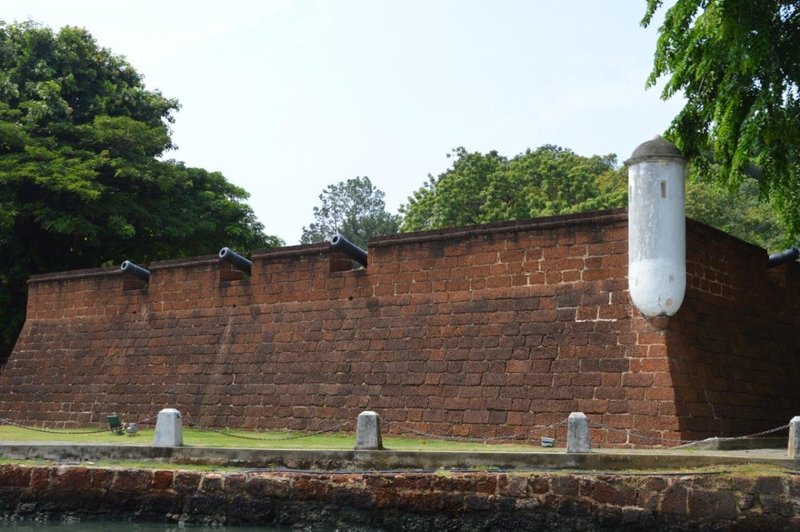 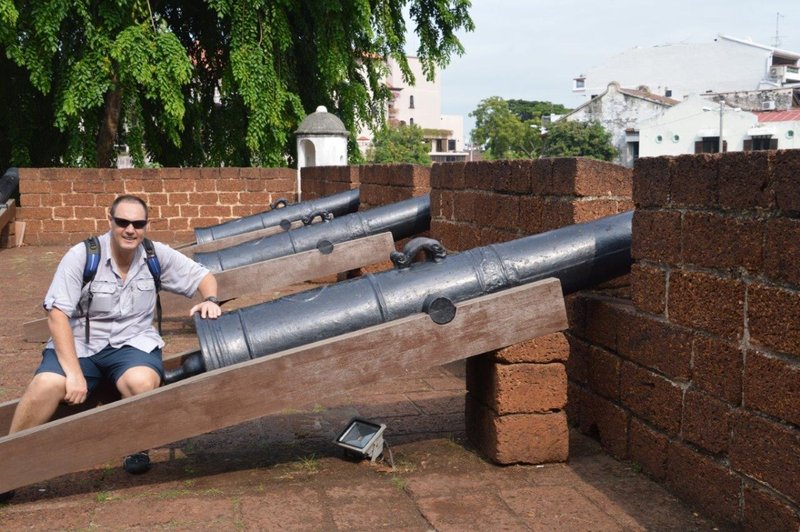 Alongside the fort was an old waterwheel. 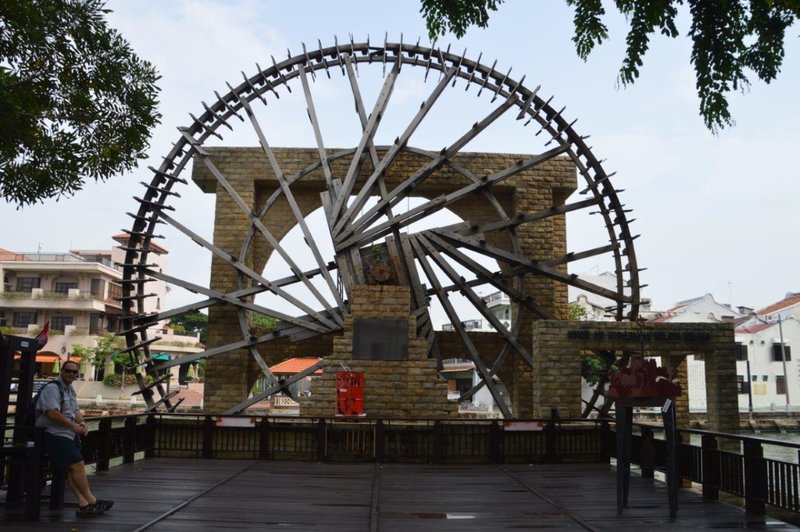 We then headed back along Jonker Street for lunch and after lunch made our way to the Hang Jebat Mausoleum where Hang Jebat is buried. The actual age of the grave is unknown but it predates back to Portugese Malacca in 1511. He was a high-ranking Malay warrior during the rule of Sultan Mansor Shah. 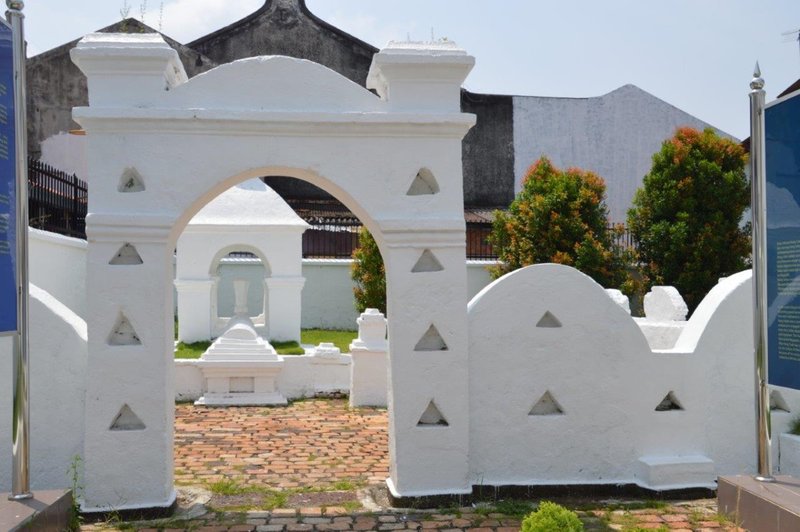 Posted by shaneandnicola 00:24 Archived in Malaysia

Previous Next Table of contents

This blog requires you to be a logged in member of Travellerspoint to place comments.

If you aren't a member of Travellerspoint yet, you can join for free.